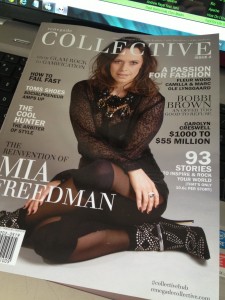 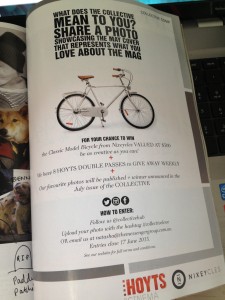 Bike Exchange has posted up a review of the Classic on their website.

The review can be viewed here

Big thanks to Bicycles Network Australia for listing NIXEYCLES as a brand/manufacturer.

Bicycles Network Australia (BNA) Bicycles.net.au was launched in 1999 and is the top Australian cycling portal. It is a free online information resource with comprehensive cycling directory, popular cycling forum and current news, articles and reviews.

Our listing can be found int he link below. 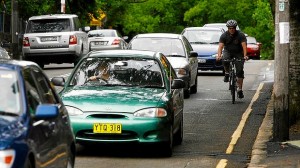 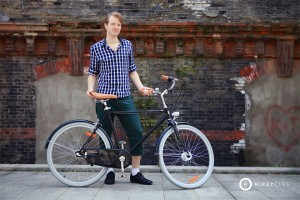 Riding a bicycle is an excellent form of exercise that improves your general health while being gentle on your joints. It offers variable resistance, from slow easy cycling to explosive sprints, which means people of all ages and fitness levels can benefit. It’s also a great way to have fun, get fit and spend time with family and friends.

Regular cycling can help manage or prevent many diseases, including obesity, diabetes, coronary heart disease, depression, some cancers and arthritis. This low-impact form of exercise is also a fuel-efficient way to get around, since it takes far less energy to cover one kilometre by bicycle than on foot. Perhaps this explains why the bicycle is such a popular form of transport throughout the world, with an estimated one billion people riding bicycles every day.

Riding to work or to the shops is one of the most time-efficient ways to incorporate regular exercise into your everyday routine. You get your ‘daily dose’ without having to spend extra time at the gym.

Health benefits of regular cycling
The human body was designed for movement. Research indicates that exercising for 30 minutes on most days can offer substantial benefits, even if those 30 minutes are broken up into two or three separate sessions. If you are over 40 years of age, overweight or haven’t exercised regularly in a long time, it is important to see your doctor before you start any fitness program.

Leg muscles and cycling
The legs and buttocks do most of the work in cycling. The thigh is made up of two broad muscle groups. The quadriceps muscle sits on the front of the thigh, starting at the pelvis and attaching to the knee joint. This muscle set straightens the leg.

The hamstrings are on the back of the thigh. They start from the pelvis and attach to the knee. This muscle set bends the leg, helped out by the muscles of the buttocks (called the gluteal muscles), which also straighten the hip.

The muscles of the calf, the gastrocnemius and the soleus, control the movements of the foot on the pedal, while the deep muscles of the calf act on the toes. Regular cycling improves leg strength and can often be used as a form of rehabilitation for certain leg injuries. 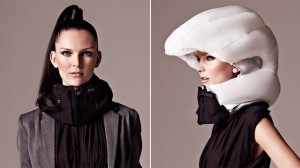 People die trying to look cool. Vanity is the sad reason why people don’t wear bike helmets. So two Swedish women set out to invent “the invisible bicycle helmet”, They’ve succeeded, and the end product isn’t a made of clear plexiglass and there’s no lightbending-stealth technology. In fact it’s not really a helmet at all.

Hövding is a rapidly-inflating airbag that deploys from a collar around your neck when you’re in an accident. Here’s how it works, and a video demonstrating this amazing, but still expensive, invention.

The invisible bicycle helmet uses rechargeable battery-powered accelerometers and gyroscopes that detect the typical motions involved in a bike crash. They trigger a tiny gas inflator which instantly fills a nylon airbag with helium. The bag forms a hood around your head that cushions the impact of the street, a car, or anything else you slam into.

The product and company named Hövding began as the industrial design master’s thesis of two students, Anna Haupt and Terese Alstinat, at Sweden’s Lund University. After five years of research and $10 million in funding, they’re now selling the invisible bike helmet. It’s not cheap, though.

Hövding costs $600 and only works once. There’s also been some complaints about the design and an early version had trouble with the zipper.

But considering the potential hospital bills, and you know, the risk of death, it might be a good investment for fashion-forward bikers. Really you should just be confident and realize that wearing areal bike helmet doesn’t make you uncool. But if that’s too much to ask, at least consider a Hövding.